The above blessing is the first to be said when you wake in the morning. It’s a very clear message. We are thanking G-D for giving us another day on this beautifully complicated planet. It is a clear reminder that we are not the ones in control, no matter how much we may think we are. We are chosen to take another breath, for whatever reason, deserving or not, we are gifted another day. 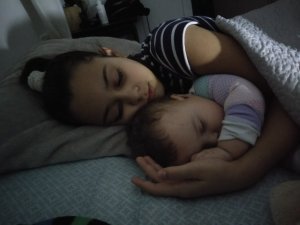 I recently went to a gathering for a friend; she is leaving the country for almost a year with her family, and we, her friends, wanted to wish her well before she left. We sat in a circle; drinking wine, laughing, and enjoying delicious food. She mentioned that with all the chaos of the move she had forgotten to celebrate her annual “seudat hodaya” which was consequently the day prior to the gathering. A “seudat hodaya” can be held once or annually; a meal dedicated to celebrating survival. It is to thank G-D for saving us from possible death. Aside from a joyful meal, and reciting ‘Birkat HaGomel’ (a ‘Blessing of Thanksgiving’), people share their experience, offer help to the needy or do something special in honor of the occurrence.

She sat their elegantly and recounted her story to us. She expressed how this chilling experience shaped her life, and till this day guides how she cares for herself and her family.

Listening to her really got me thinking about all the different ways people process second chances. Some people let it eat them up. Some people praise the heavens daily. One thing is for sure, the path is always unique. 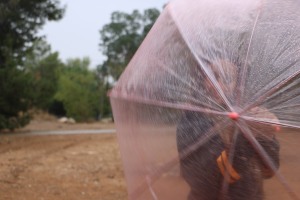 The postnatal depression I experienced after the twins were born felt more life threatening to me than any other ordeal in my life. Even more then the cancer that followed. My sanity took a bullet and it changed everything I thought I knew about life. The way I interpret the world now is forever changed, enlightened as well as tainted. It sickens me to say it, but, I doubt I’d be alive if it wasn’t for the mountains of support I had. The depression and fear would have swallowed me whole. Even with all the will that I had to live, people aren’t meant to deal with situations like that alone. My empathy twinges deeply for women who suffer through PPD without the help of a village. Because that’s what it takes sometimes, a village.

Instead of going to therapy, I write. I tell my story because it helps me process. I may always be in limbo; healing mode never to be officially cured. The eminent threat has passed but I never had a seuda because there never was a stamped end date. I was not given an all clear, I still a carry a souvenir of past pain in my soul. I still cry when I recount those days. One day soon, I should have a seudat hodaya, maybe it’s G-Ds way of aiding in closure while I don’t know how to, yet. Then again, I’m still not sure I want to ‘let it go’.

When we have a baby or get married, we adopt those alterations. We wouldn’t expect the birth of a child not to change us. People expect that going from single to partnered will impact how we behave and carry ourselves. Why then is grief or trauma meant to be pushed away? Why are we taught to ‘let it go’ when it comes to pain? I think the pain should be carried, and with time, hopefully transformed into enlightenment.

A lovely petite Rebetzin visited with me during my darkest times. She looked me in the eyes and said with conviction, “Sometimes G-D does not give us pain for any other reason except to use us as a vessel for empathy, to help someone else in the future”.

I did have a small seudat hodaya after my mastectomy. After the cancer was removed I did have the “all clear” from my doctors, “go celebrate!” they said. Who can argue with that? I had a gathering with close friends. It was heartfelt, I had been spared, and I was surrounded by the tribe of women who nursed me through. I’m not saying that having cancer wasn’t scary, it was. I still sometimes worry it will come back G-D forbid. Then again, those fears were rational, and rationality is not to be taken for granted. I thought I would make the seuda a yearly occurrence but I got caught up in life, as it happens, and have not had another seuda since.It’s not to say that I don’t pay tribute; I try to pay it forward everyday. Even in my worst moments, I know who is watching from above. 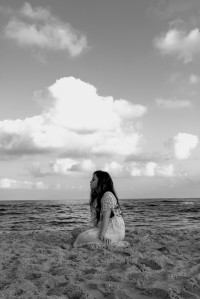 There is a truth-telling quote by John Oxenham, “For death begins with life’s first breath, and life begins at the touch of death”. The quote resonates with me, at times I fall prey to feeling that I’ve run solo in cheating death. Clearly though, I am not alone in this.

I have a friend who was on her way to visiting her cousin, before she could open the door to the apartment building, she was suddenly held at gunpoint, held hostage until she retrieved money from the ATM, and by the hand of G-D, survived.

I have a friend who had thyroid cancer and survived.

I have a friend who had Non Hodgkin’s lymphoma and escaped death when everyone thought the prognosis was grim, to say the least.

I have a friend who was hit by a car while attempting to save her sister’s life; the child ran into traffic, and it was that simple, she followed to save her and almost lost her life in the process.

When all is said and done, at some point in our lives, we have ALL experienced near death. Some instances are more obvious then others; some go completely unnoticed.

What if we ALL recognized we’ve been at the balance between life and death? What if we treated our lives as though we’ve been gifted a second chance? What if we did actually graciously recognize that our souls are returned for a purpose? 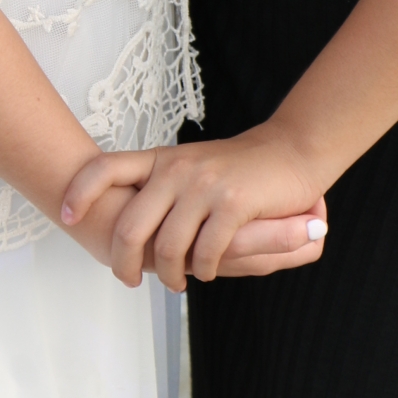